I’ve added some sporty shorts and cooling/uv filter tees with a devilishly awesome Hail Seitan design, plus aprons in a whole bunch of colours.

Check out the mushroom circle totes and cute flowy tees – perfect for under your dungarees on a spring day for cans in the park.

Since VHFC became a thing, back in August 2016, it has morphed between different entities. It started out as a shop, then when my pal told me she wanted to start a Facebook group in 2019, I had started feeling a bit lacklustre about the whole making products thing and so I suggested she use Vegan High Five Club as the name, which also had a small fan base to start off with, and here we are almost 3000 members later.

Really, Vegan High Five Club is just a place for vegans to be friends with other vegans. It’s not about where the best seitan is, or how many dogs someone has rescued. Being vegan isn’t a competition even though instagram can make it appear that way.

The Vegan Society’s formal definition is: “Veganism is a philosophy and way of living which seeks to exclude—as far as is possible and practicable—all forms of exploitation of, and cruelty to, animals for food, clothing or any other purpose; and by extension, promotes the development and use of animal-free alternatives for the benefit of animals, humans and the environment. In dietary terms it denotes the practice of dispensing with all products derived wholly or partly from animals.”  I think people forget this and turn it into a competition.

To me, this basically means “do your best”. Which is how I try to live my life anyway.

I’ll hold my hands up and say I don’t recycle every piece of plastic I come across, and I have on the occasion bought cheap shoes from China (hey, it’s hard to find non-animal trainers that aren’t white or €300); but I’m doing my best, and I’m encouraging others to do the same without shame.

Back to the point, we want a place for everyone else who is like this, to have fun together, find new friends locally and globally, come to meet ups when it’s safe to hang out with humans again, share skills, sell, barter and trade, and support one another; essentially – be a community and do our best to be good people.

I’d like to make this some kind of directory for humans and organisations, so people can link up with other likeminded beings, or find small businesses, or volunteer locally, but people are so firmly set to using Facebook as the default way to connect with people and buying everything from Amazon. I’m not really sure what the solution is. There’s no point in even trying to compete with any site like that. Your man’s actually gone to space because folk are just that keen.

We did have a small social media type site set up on our domain but it wasn’t really being used. It was both too similar and less useful than Facebook, and I guess that was our problem. I don’t think this should be a replacement for Facebook (although the less time I spend on that site the better) but something nicer. Something where we aren’t receiving a ban for telling racists off, and can actually have a nice time.

A few of my thoughts for this site include:

I’ve been really enjoying browsing some of my old websites from 2003, and I have a feeling that style of website might make a comeback in some way. Hopefully in the way we networked, which I’ll write about next time.

What do you think would be worth our time trying out? This is all done in my spare time, and the time of anyone helping voluntarily but the site exists and has been paid for so let’s use it!

Ping me a message below to get involved!

Vegan High Five Club and MealUK have partnered up to bring you a special promo deal for members and friends of the club.

MealUK offer a really delicious selection of chocolate bars and traybake treats, all suitable for vegans. Our current favourite is the Vegan Jaffa Cake Bakes – a whole tray of jaffa cakey goodness but there are loads we still haven’t tried.

To get 10% off your order with MealUK, pop in the discount code HIGHFIVE10OFF at checkout

While we’ve not recorded anything in SOME TIME due to work and various commitments to family and our own brains, we do actually have a few episodes of our podcast live and ready to listen to.

Just search for us on your favourite podcast service, or you can use the player below to listen to the sultry sounds of Lorna & Lynne cackling about Linda sausages vs hotdogs. 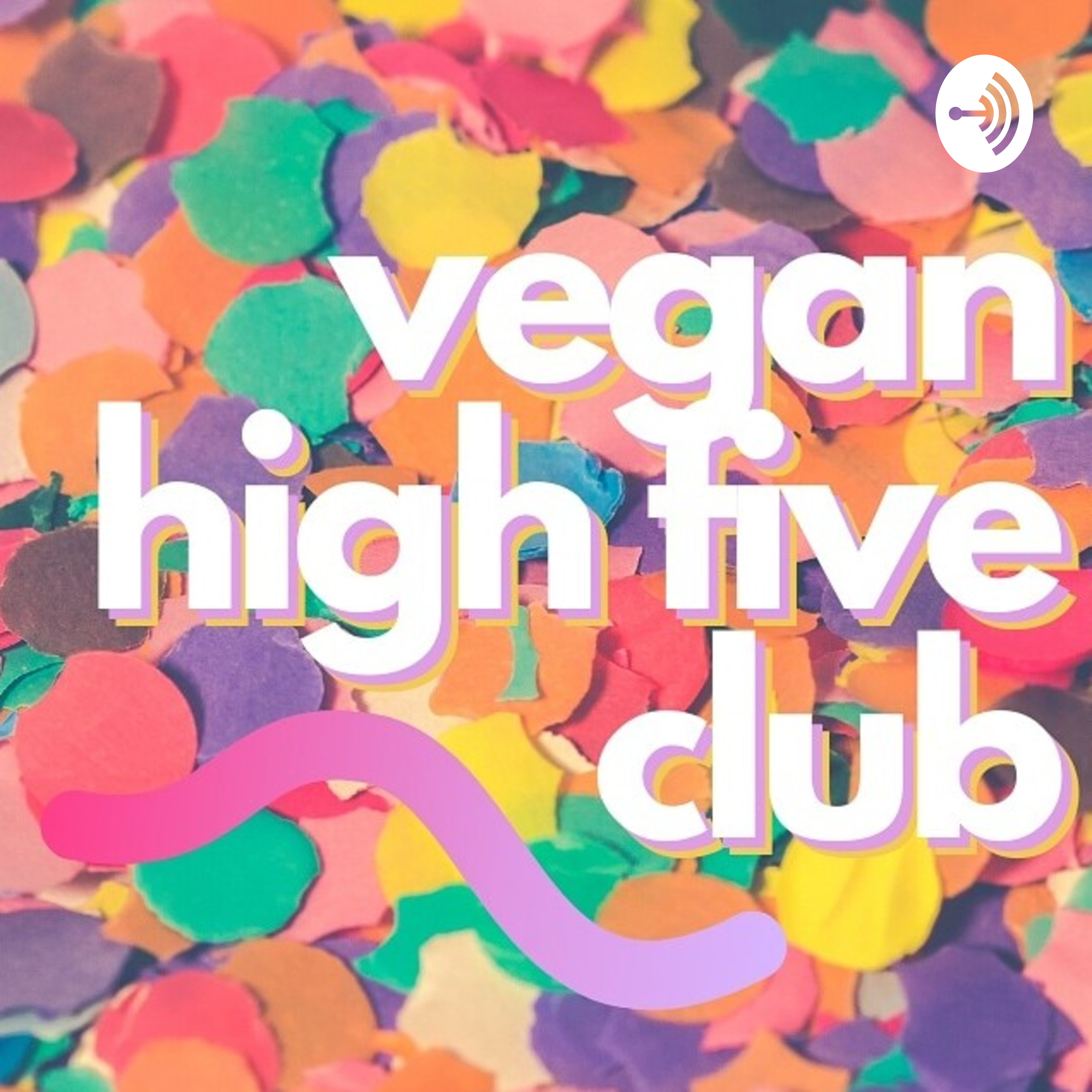 Podcast Number 4 – Part 1 and Part 2| In part one of this podcast, Lynne and Lorna discuss all things for a vegan lifestyle – toiletries, make up, skincare, cleaning products, clothing etc etc. Hopefully you find something out you weren’t already aware of, as both of us did!    In part two, you will hear about our new website, some of the new features we have on the Facebook group and we also discuss some Veganuary 2021 products! Join us on the group to vote for your faves in our poll. Links –  Join our group on Facebook: www.facebook.com/groups/VeganHighFiveClub (answer the bloody questions!)   The Merch page: www.facebook.com/veganhighfiveclub/ Follow us on Instagram www.instagram.com/veganhighfiveclub And send any comments or feedback you have to veganhighfiveclub@gmail.com   Website www.veganhighfiveclub.com
Category: Standard

I do this like every 6 months or so, but that’s what I’ve done since I was 14 and learning to code from Lissa Explains (go check it out, it’s still almost the exact same).

A few products are currently available to buy, and I hope we can shortly offer space to some of our members to sell their own products here too.

We plan to also bring back the social side of the site, and hopefully provide some info on here too. (like why Cadburys chocolate fingers are still the exact same as before but now not vegan)

Currently, all of the available products are produced through InkThreadable. I’ve used them for years, and I like them because they’re a small, honest company and they have a great range of stock. They have vegan (obvs), fair trade and organic options as well as the “standard” / cheaper products.

Thanks for popping by to see the new site, if you have feedback we would love to hear it! Leave a comment or email admin@veganhighfiveclub.com

There may still be some gremlins on this site - please report them to admin@veganhighfiveclub.com Dismiss